Kosovo's Academic Life on the Ledge

Dec. 4, 2014 - Pristina, Kosovo - In an attempt to overturn Rector of ''Hasan Prishtina'' Public University, some veterans of the Kosovo Liberation Army (KLA) demonstrated in Pristina on Thursday, supported by dozens of youths who declared being students, but requiring the implementation of 'Memorandum of Understanding', which guarantees enrolment of more than 1,000 candidates for undergraduate studies without academic criteria. Undersigned agreement five years ago between veterans and education ministry, is already revoked by leading council of rectorate lead by newly elected Rector Ramadan Zejnullahu, whose resignation was requested by several hundred protesters who tried to invade the offices of university Rectory. Kosovo Police intervened to make sure the rectorate safety stands on its necessary level. (Credit Image: © Vedat Xhymshiti/ZUMA Wire) 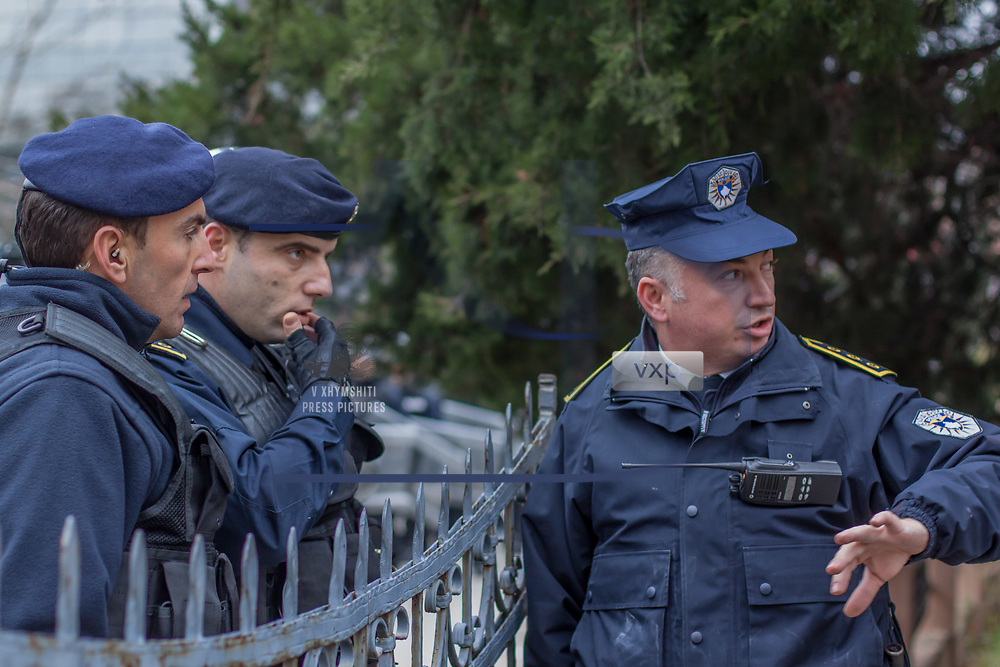