Jan. 24, 2015 - Prishtina, Kosovo - It was the biggest protest seen in Pristina since Kosovo declared independence from Serbia in 2008. The ethnic Albanian party leader Albin Kurti (in picture) demanded the resignation of a minister, Aleksandar Jablanovic from the Serb minority, who earlier this month called some ethnic Albanians savages. They also want the government to announce clear plans for the future of the country's wealthiest mine, which is claimed also by Serbia. (Credit Image: © Vedat Xhymshiti/ZUMA Wire) 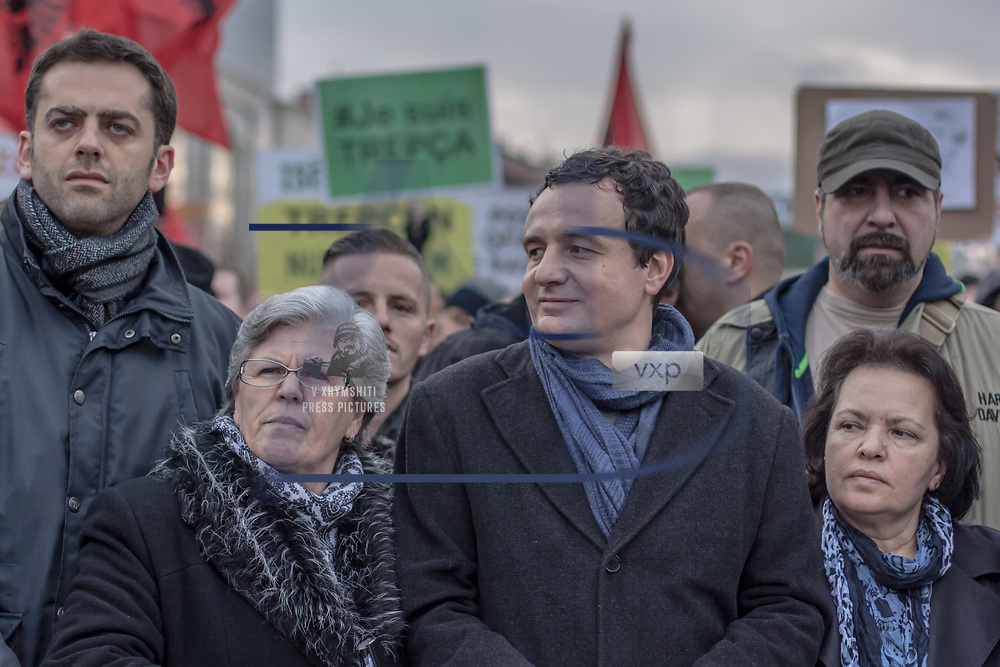