Leicester, United Kingdom, May 24, 2021: Two local residents who were trying to provide food to the “Palestine Action” activists were arrested by police in Leicester on Monday, May 24, 2021. Another local resident who was filming from his own private car got also arrested (in picture). (Photo by Vudi Xhymshiti)

Police protestor removal crew arrived at the building of the Israeli-owned Elbit-Thale subsidiary UAV Tactical Systems after it has been occupied for six consecutive days by the “Palestine Action” activists’ group. Both remaining activists were removed from the rooftop and arrested, meanwhile local communities’ have organised a barricade and appear to be determined to not let the police leave the area with activists. “Shut Elbit Down”, “Free! Free! Palestine” are among the slogans local residents are shouting. 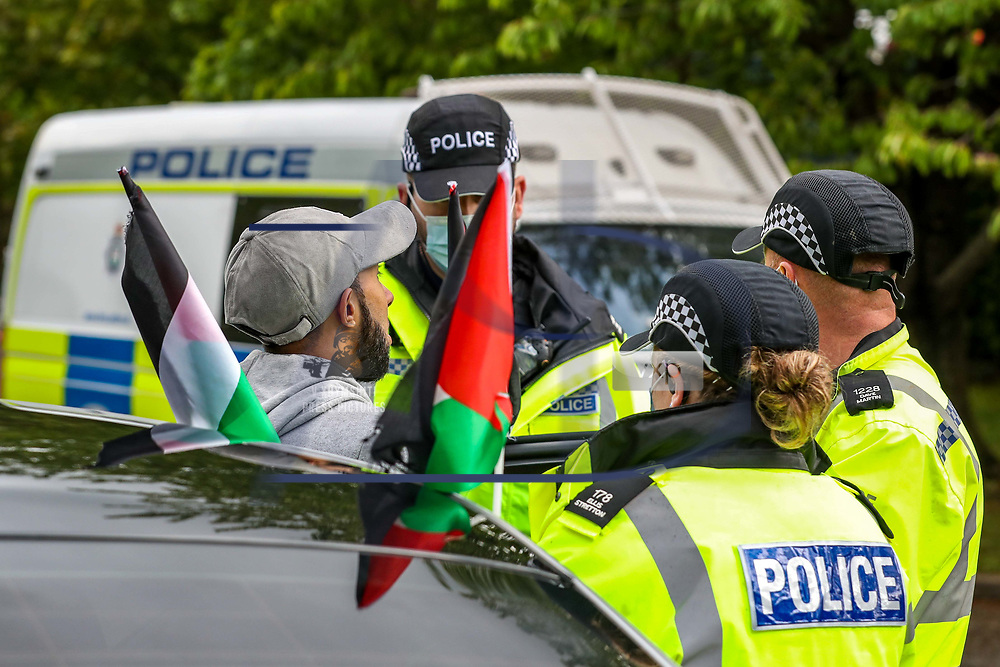