Activists who shut down Israeli Weapons Factory Arrested in Leicester

Leicester, United Kingdom, May 21, 2021: Police arrested two (one of them in picture) of the activists from the "Palestine Action" activists group who occupied the building of the Israeli-owned Elbit-Thale subsidiary UAV Tactical Systems for three consecutive days in the city of Leicester United Kingdom on Friday, May 21, 2021. Three days ago activists sprayed red paint on the building and demand that it shuts down. The company’s operations are at a halt for three consecutive days now with police negotiating a truce between activists and the company. Activists argue that the drones being manufactured in the facility are being used in indiscriminate attacks against the Gaza Strip. Two activists remain to occupy the building. (Photo by Vudi Xhymshiti) 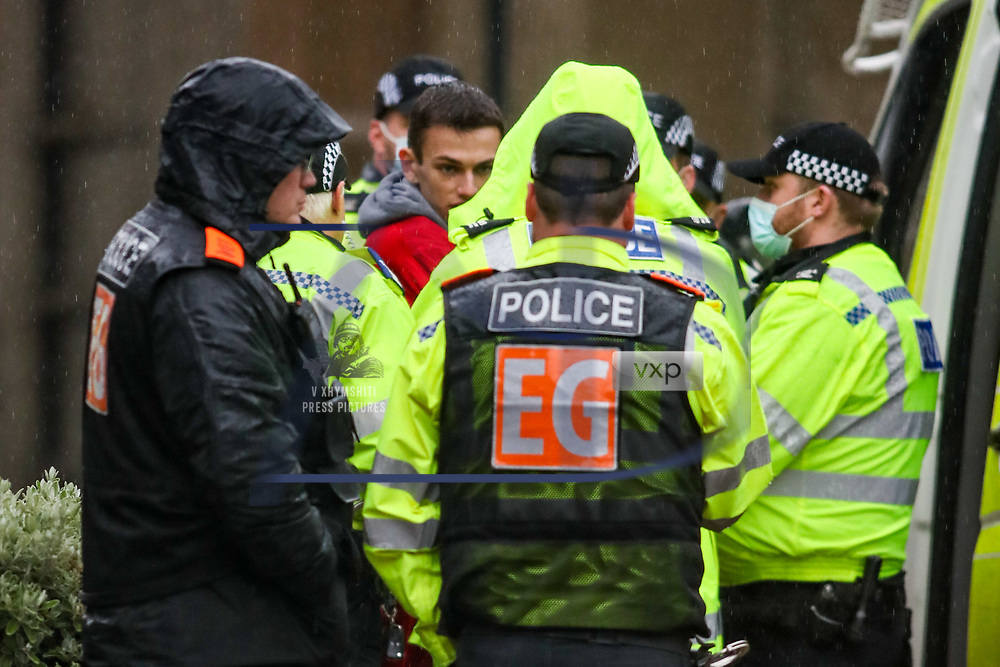