Police lead away a counter protestor at a Justice for Shukri Abdi rally in Parliament Square, London, following a raft of Black Lives Matter protests across the UK. People take part in a "Justice for Shukri Abdi" protest on the first anniversary of her death, Saturday, June 27, 2020, in London.
The 12-year-old schoolgirl of Somali heritage, who was born in a refugee camp in Kenya, drowned in the River Irwell in Bury, Greater Manchester on June 27, 2019. Greater Manchester Police said it was treating what happened as a "tragic incident" and did not believe there were any suspicious circumstances. Campaigners and the mayor of Greater Manchester are pressing for a full investigation, an inquest was adjourned in February. (Photo/ Vudi Xhymshiti) 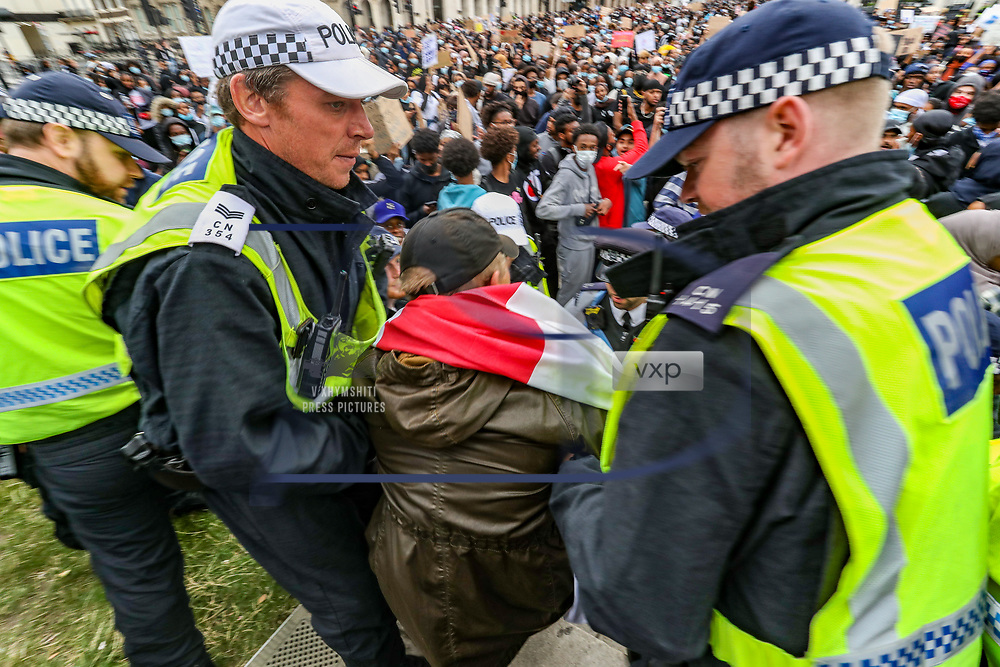