Protestors threw bottles of red paint at the Government building and Borislav Stefanovic's vehicle chanting “shame, shame” to express their opposition to the visit of the Head of Serbia's negotiating team in the Belgrade-Pristina dialogue Borislav Stefanovic, who arrived in Kosovo's capital Pristina in a first official visit since the 1999 Kosovo war on Thursday, May 12, 2011. Kosovan police in riot gear fired tear gas and used batons on Thursday to disperse a crowd of some one hundred ethnic Albanians that threw rocks and cans filled with red paint at police during the protest. (Photo/ Vudi Xhymshiti) 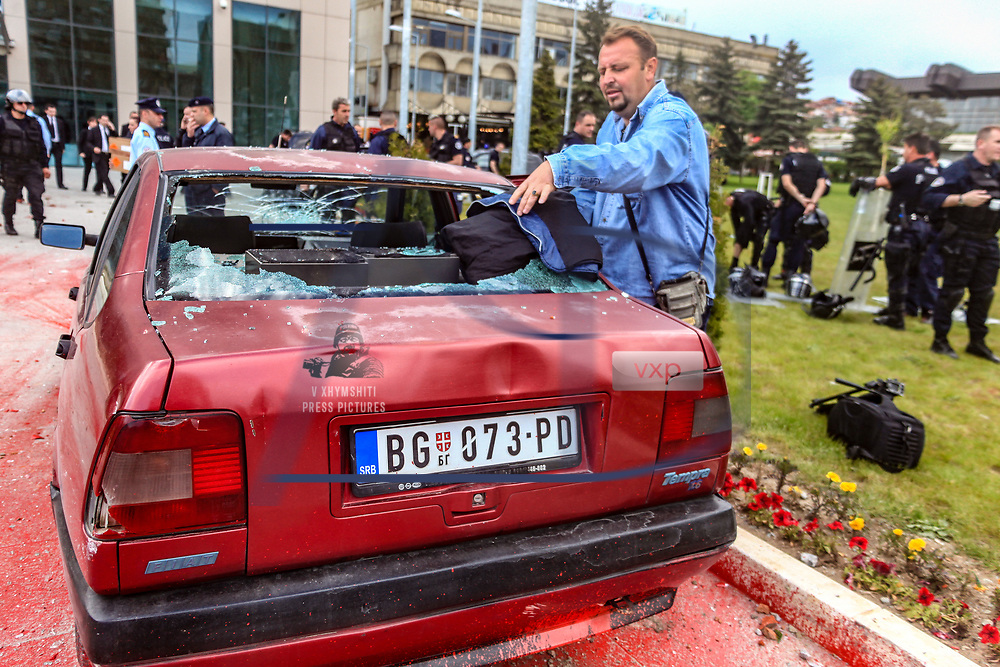