A blood-stained Canadian flag lays beside the protestors. "This act of civil disobedience is to condemn the Canadian government’s complicity in the death last Friday" activists said.
Further, after the flag stained in blood two activists are seen to have chained themselves in the middle of the street facing the entrance of the Canada House.
Dozens of Canadian and British animal rights activists are protesting against a law brought by the Ontario government known as Bill 156. The law makes it illegal to take photographs of animals in transport to slaughterhouses and give water to animals before their death. (Photo/ Vudi Xhymshiti) 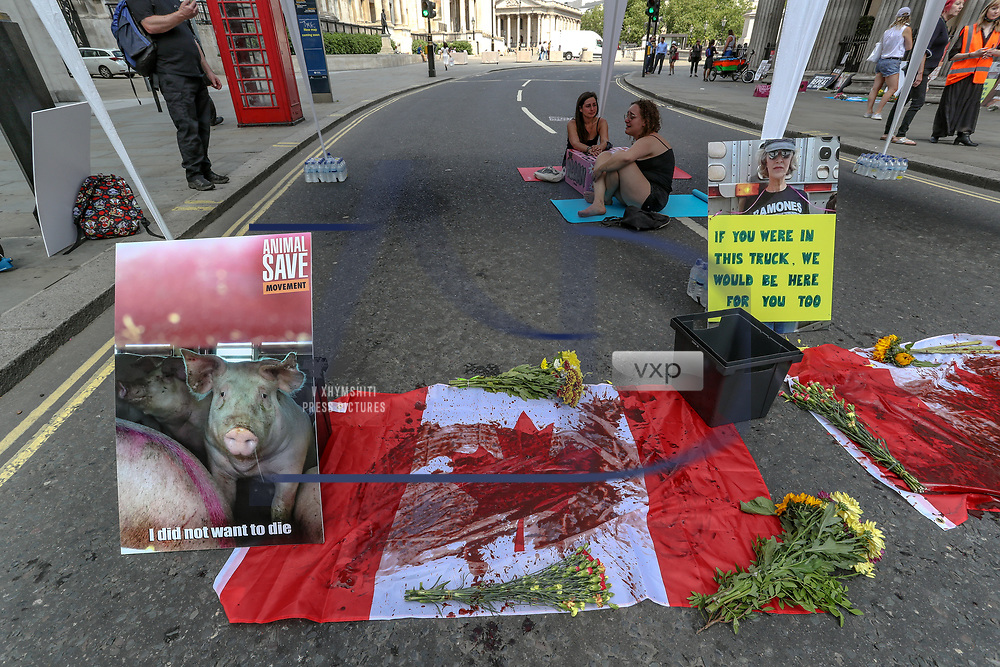