A demonstrator wearing an orange suit and black bag in his head supporting Julian Assange and Khaled El-Masri holds a placard outside Downing Street to Protest against trial of Julian Assange in London, on Wednesday, Nov 11, 2020. (VXP/ Vudi Xhymshiti)
Assange is an Australian editor, publisher, and activist who founded WikiLeaks in 2006. WikiLeaks came to international attention in 2010 when it published a series of leaks provided by U.S. Army intelligence analyst Chelsea Manning. After spending almost seven years inside the embassy, Assange was arrested by British police on 11 April 2019. It came after Ecuadorean President Lenín Moreno tweeted that his country had taken "a sovereign decision" to withdraw his asylum status.

El-Masri a German and Lebanese citizen who was mistakenly abducted by the Macedonian police in 2003, was handed over to the U.S. Central Intelligence Agency. 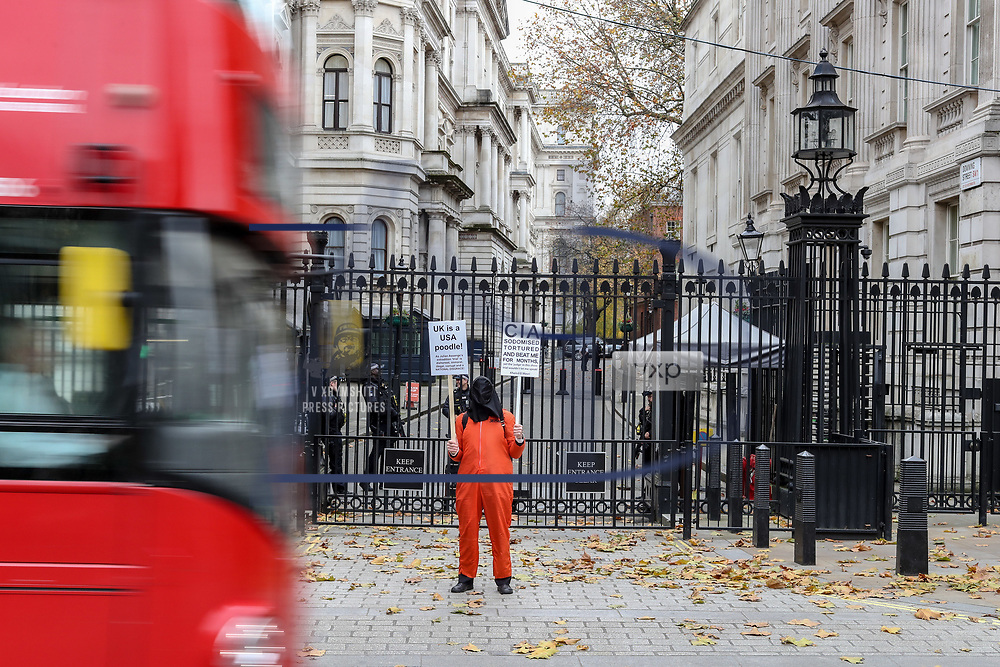