Chloe Fawkes, 21 (Left in the picture), who works as a waitress from Reading said she became a fan of Jonny Depp since she was five, with the film "Pirates of the Caribbean." Along with her twin sister,, Ruby Fawkes 21 (Centre in the picture) they said they're here to support Depp's efforts in the trial with love.

Chloe and Ruby also met with another young man Jack, 23 (Right in the picture) from London, who works in a bar. Jack said Depp had become his hero since he was eight. "I enjoy his characters and I relate by similar circumstances in my life," he said. Jack also said that he thinks he is funny, but he confirms "he is not."
For all three of them, this is the first day to be here. They all think they will be back for the final day. (VXP Photo/ Vudi Xhymshiti) 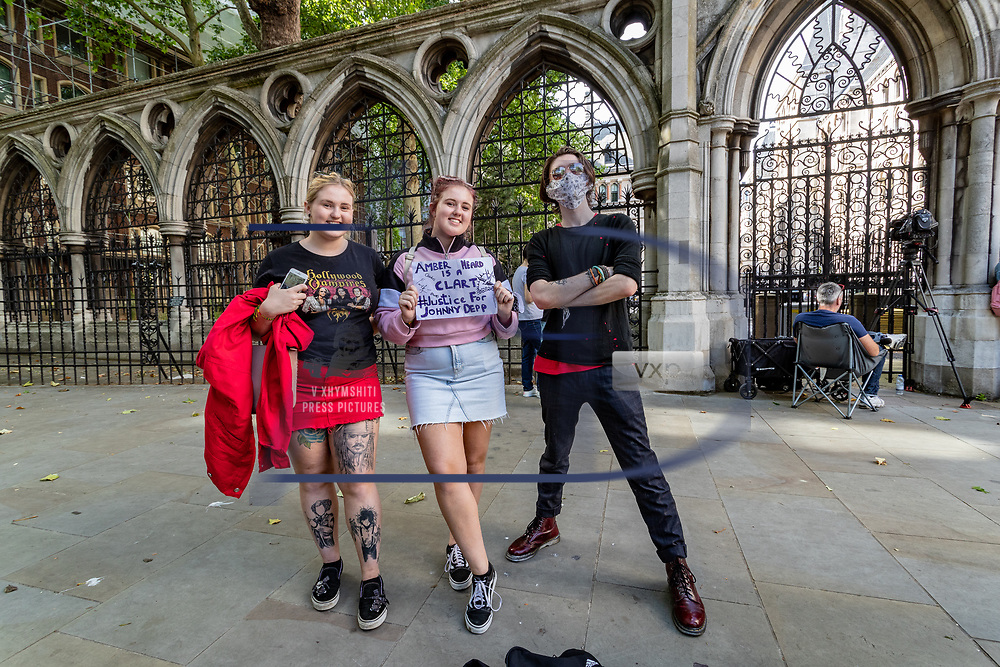