Men, women and children of the Burmese community in London chant and hold placards and banners against Myanmar's ruling junta as they march outside Downing Street in central London on Sunday, May 2, 2021. This is a series of protests following the locked out of the Myanmar envoy to the UK from the embassy three weeks ago on April 7. Myanmar's ambassador to the UK, Kyaw Zwar Minn, said the embassy has been seized by the military attache. (Photo/ Vudi Xhymshiti) 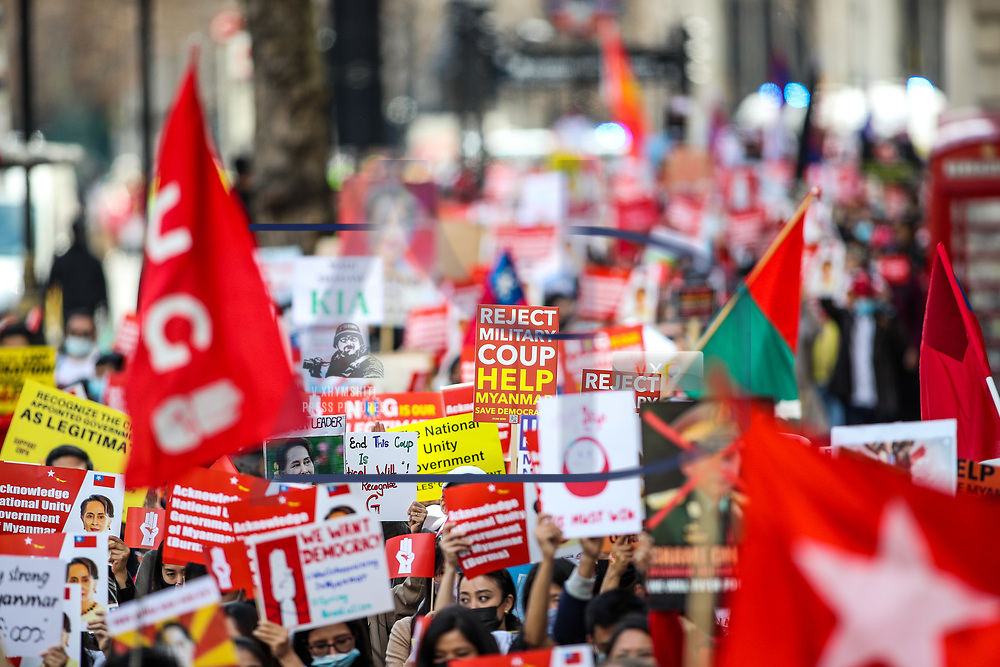