British mounted police officers arrested a homeless man, who claims to be a supporter of the BLM at Piccadilly Circus, in central London, Saturday, June 13, 2020. British police have imposed strict restrictions on groups protesting in London Saturday in a bid to avoid violent clashes between protesters from the Black Lives Matter movement, as well as far-right groups that gathered to counter-protest.
Anger against systemic levels of institutional racism has raged through the city, and worldwide; sparked by the death of George Floyd, who was killed in Minneapolis, US, by a policeman who restrained him with force on 25 May 2020. (Photo/ Vudi Xhymshiti) 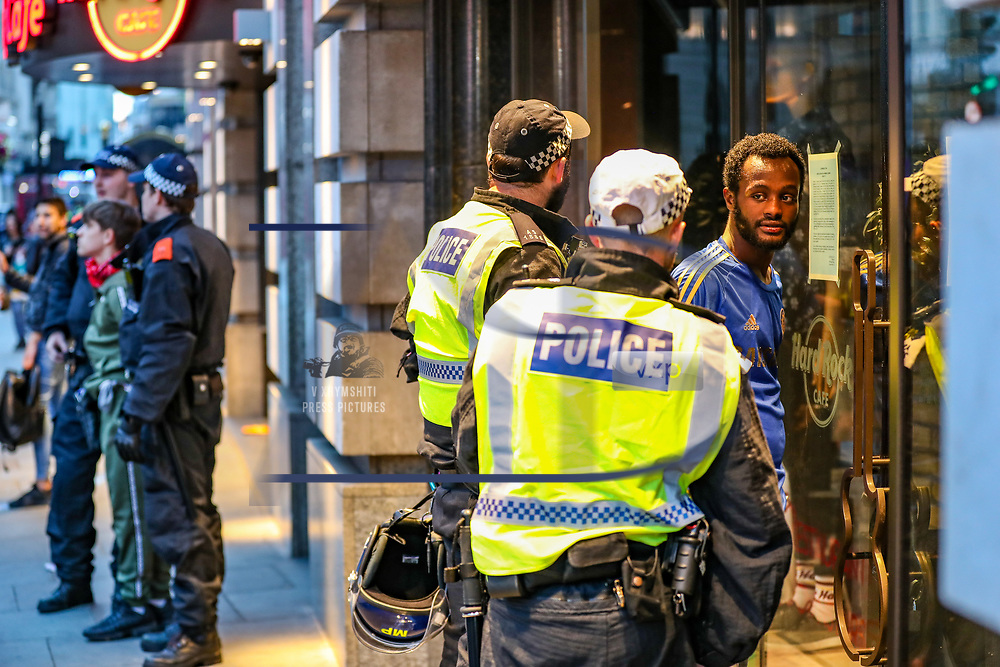