Protest outside Israeli Embassy in London

Called by the "Friends of Al-Aqsa" dozens of pro-Palestinian protestors are gathered to protest against the Israeli state's "administrative detention" outside the Israeli Embassy in central London on Thursday, Jan 6, 2022. (VX News Wire/ Vudi Xhymshiti)

Administrative detention is an Israeli policy that allows the indefinite detention of prisoners without trial or charge based on “secret evidence” that neither the detainee nor his lawyer is allowed to see. At least four Palestinian children are detained under such orders. 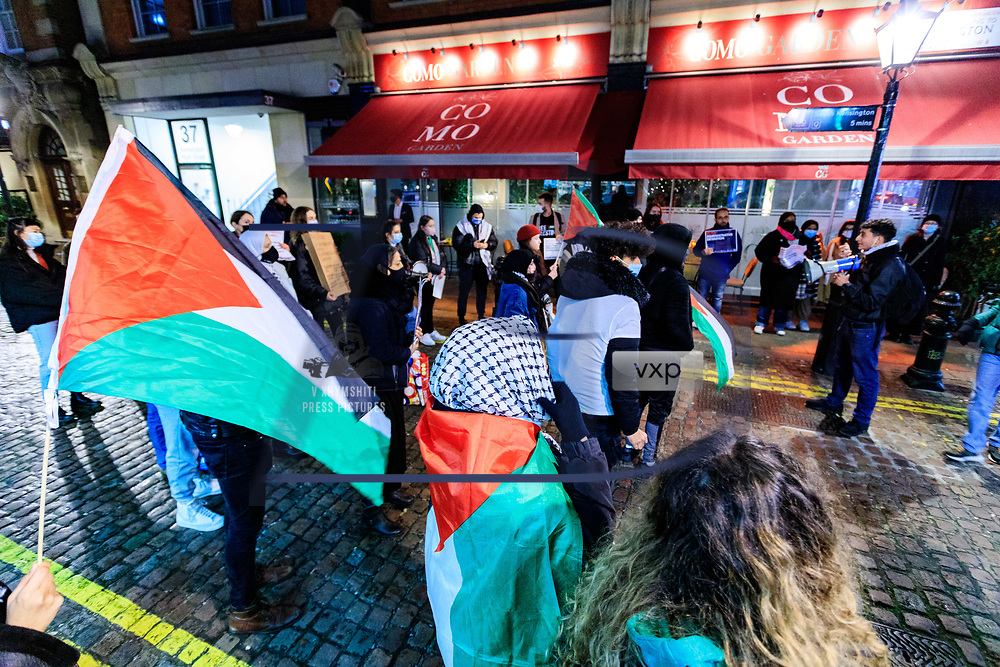