A man who said he was arrested after he tried to de-escalate the tension between armed police and the family of a 12-year-old child who they had arrested addresses his raged response against the police in front of a crowd of anti-police brutality protestors carrying banners, placards, and flags in front of Tottenham Police Station in North London on Saturday, Aug 8, 2020.
Ms. Agyepong said Kai had been left traumatized by the incident, becoming anxious if she even leaves him just to nip to the shops.
Black Lives Matter enters the 11th weekend of continuous demonstrations against racial injustice in Britain.
Anger against systemic levels of institutional racism has raged and continued throughout the United States, Britain and worldwide; sparked by the death of George Floyd who died on May 25 after he was restrained by Minneapolis police in the United States. (VXP Photo/ Vudi Xhymshiti) 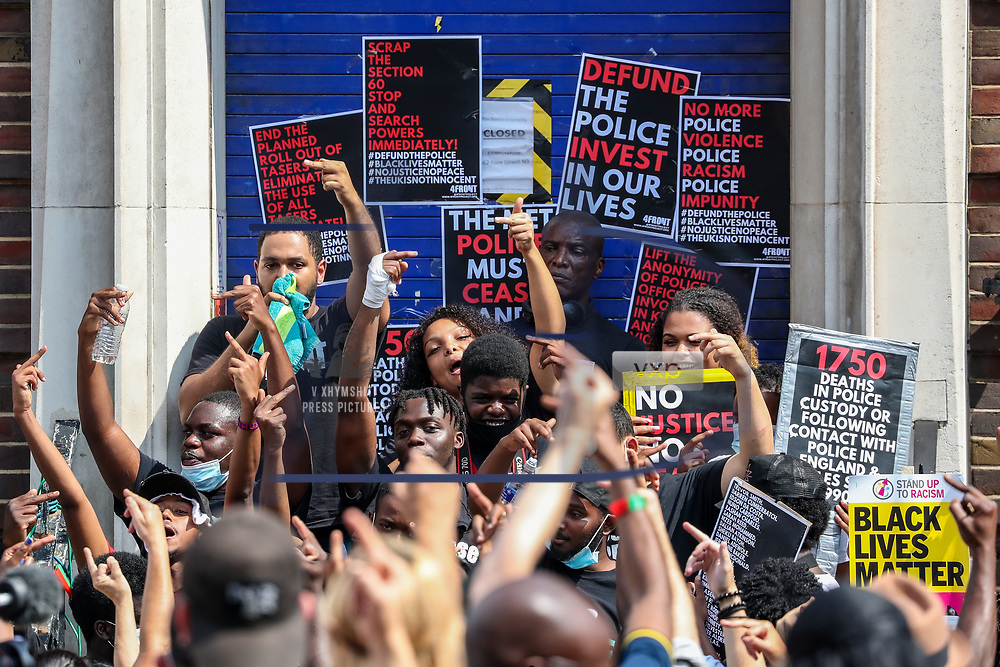