A climate activist aiming to raise awareness on plastic pollution stands across the street in Parliament Square facing House of Commons as British Prime Minister Boris Johnson shook up his government on Thursday, firing and appointing ministers to key Cabinet posts. Johnson was aiming to tighten his grip on the government after winning a big parliamentary majority in December's election. That victory allowed Johnson to take Britain out of the European Union in January. (Photo/Vudi Xhymshiti) 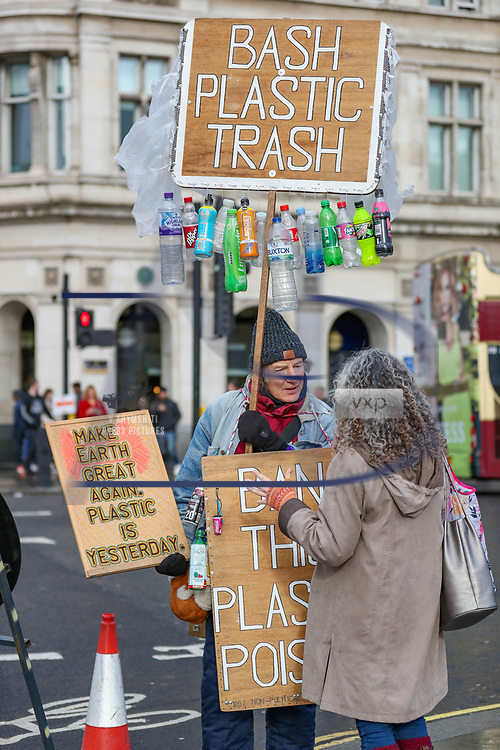