Protestor Removal Police unit work to unchain members of Extinction Rebellion Youth Cambridge who chained themselves in Bamboo lock-on creating a roadblock protest action outside Baringa Partners building in London on Thursday, Sept 10, 2020 - in an attempt to highlight the involvement of Schlumberger Limited in what they call 'ecocide'. Schlumberger is an oilfield services company working in more than 120 countries and has four principal executive offices located in Paris, Houston, London, and The Hague. An article at the Guardian suggests that it’s ubiquitous in fossil fuel operations across the world, has more staff than Google, turns over more than Goldman Sachs, and is worth more than McDonald’s – yet you won’t have heard of it. XR Youth of Cambridge said that the British government gave 'Schlumberger' a no-strings-attached £150 million bailout loan as it was laying off a fifth of its global workforce. Another activist added: 'Schlumberger is hiding in plain sight here in Westminster. Every day, hundreds of people walk past this building with no idea that they're on the doorstep of a climate crime scene.'
Environmental nonviolent activists group Extinction Rebellion enters its 10th and final day of continuous ten days protests to disrupt political institutions throughout peaceful actions swarming central London into a standoff, demanding that central government obeys and delivers Climate Emergency bill. (VXP Photo/ Vudi Xhymshiti) 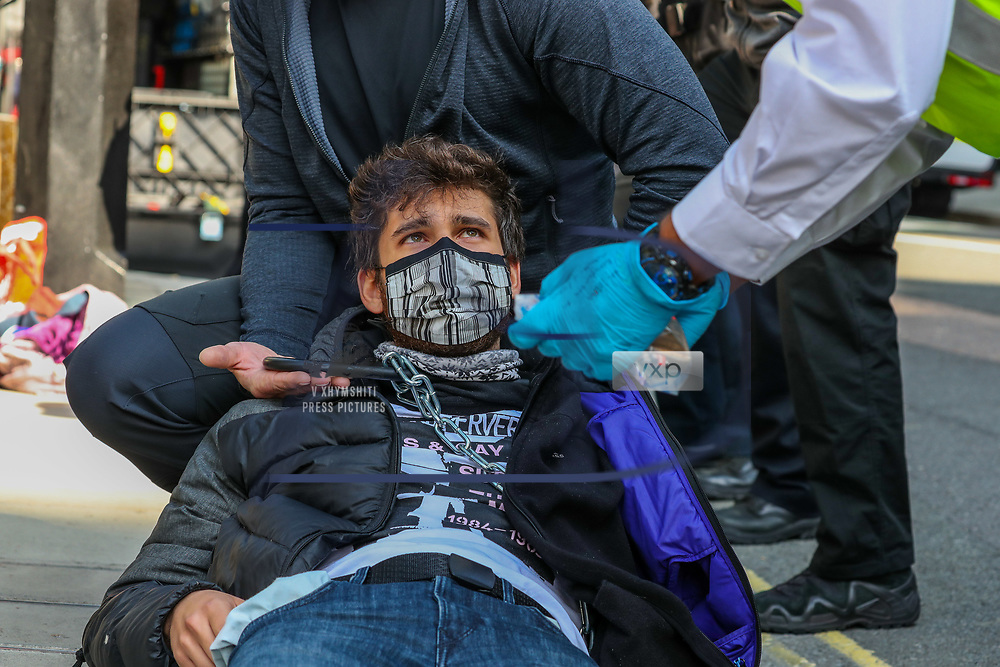