A billboard showing a military man nearby residential area where the Rubble left by the Spitak Earthquake which struck 33 years ago are still visible says "we will win" - on Sunday, Jan 16, 2021. 44 days of heavy fighting between Azerbaijani and ethnic Armenian forces had been ongoing until both sides agreed to a Russian-brokered peace deal on Monday, Nov 9, 2020. The enclave is internationally recognised as Azerbaijani but has been run by ethnic Armenians since 1994. The peace deal sparked jubilant scenes in Azerbaijan and fury in Armenia. Under its terms, Azerbaijan will hold on to several areas that it has taken during the conflict. Armenia also agreed to withdraw from several other adjacent areas. (Photo/ Vudi Xhymshiti) 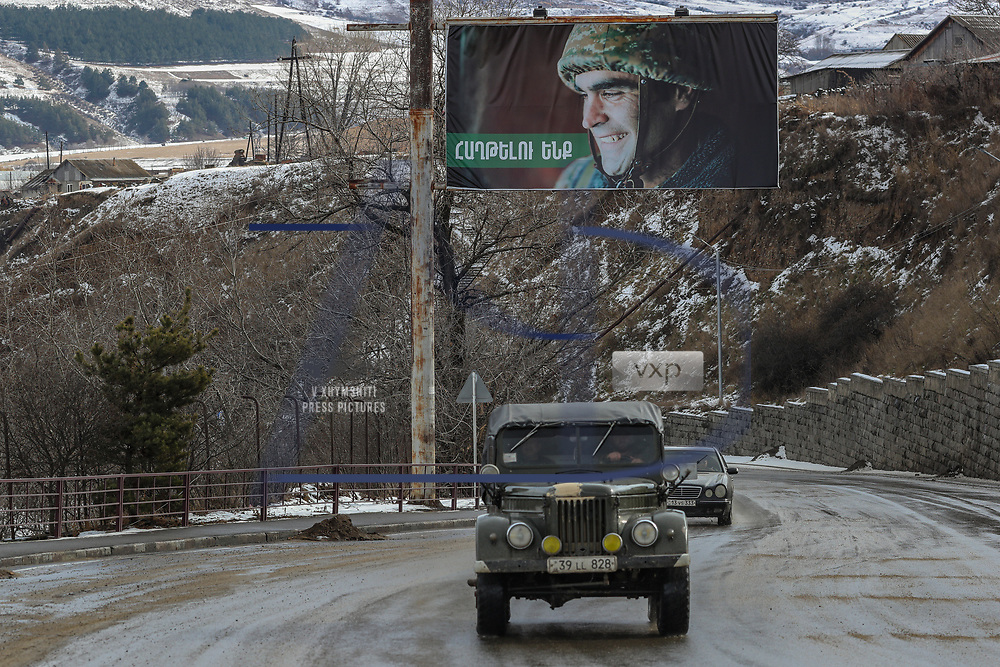