A general picture shows a schoolbag of a child laying next to the kitchen appliances in the bedroom of one of the Soviet Hotel suites in Metsamor on Sunday, Jan 31, 2021.
At least 143 civilians were killed on both sides and tens of thousands more were displaced by the fighting in the 44 days of the war in the disputed region of Nagorno Karabakh between Azerbaijan and Armenia in 2020 according to both governments involved in the armed conflict. (VX Photo/ Vudi Xhymshiti) 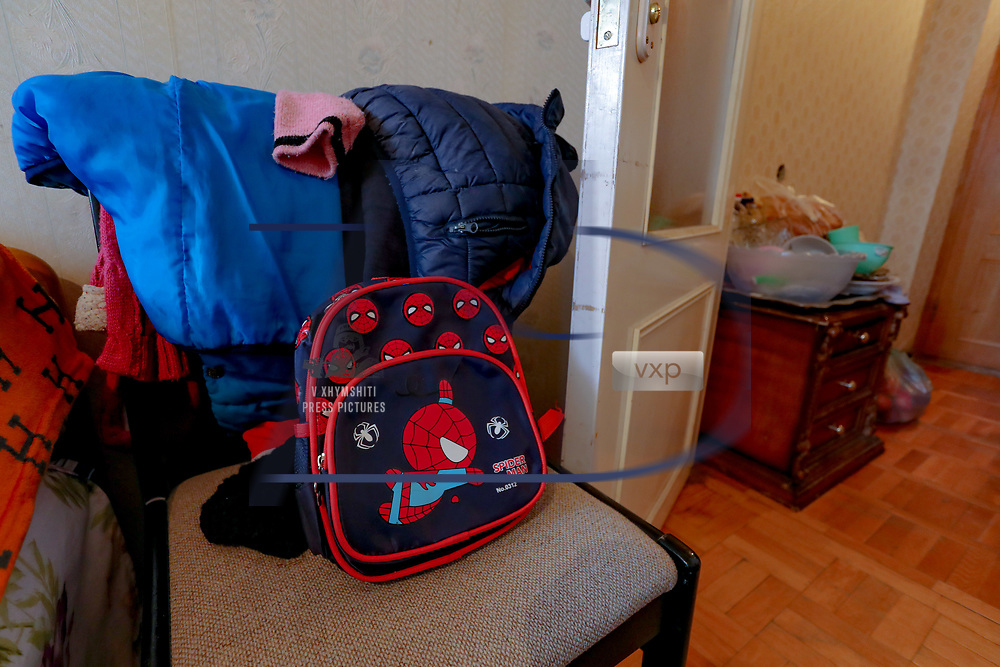