A protestor holds a banner with a portrait of Min Aung Hlaing who is the head of Myanmar's military regime during a protest against Myanmar's ruling junta as they gather and chant outside the Houses of Parliament, Westminster Palace in London on Sunday, May 2, 2021. This is a series of protests following the locked out of the Myanmar envoy to the UK from the embassy three weeks ago on April 7. Myanmar's ambassador to the UK, Kyaw Zwar Minn, said the embassy has been seized by the military attache. (Photo/ Vudi Xhymshiti) 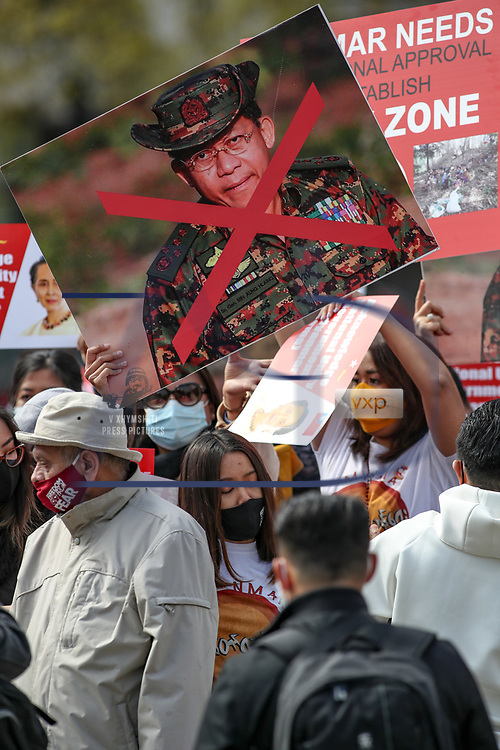