EU envoy for Kosovo Wolfgang Ischinger gestures as he speaks to media during a press conference in Pristina on Sunday, June 14, 2009. The three members of the so-called 'troika' arrived in Pristina trying to break the deadlock over Kosovo, whose leaders want full independence. Serbia and its ally Russia, a veto-wielding permanent member of the U.N. Security Council, oppose independence. Kosovo has been under U.N. and NATO administration since a 78-day NATO-led air war halted a Serb crackdown on ethnic Albanian separatists in 1999. (Photo/ Vudi Xhymshiti) 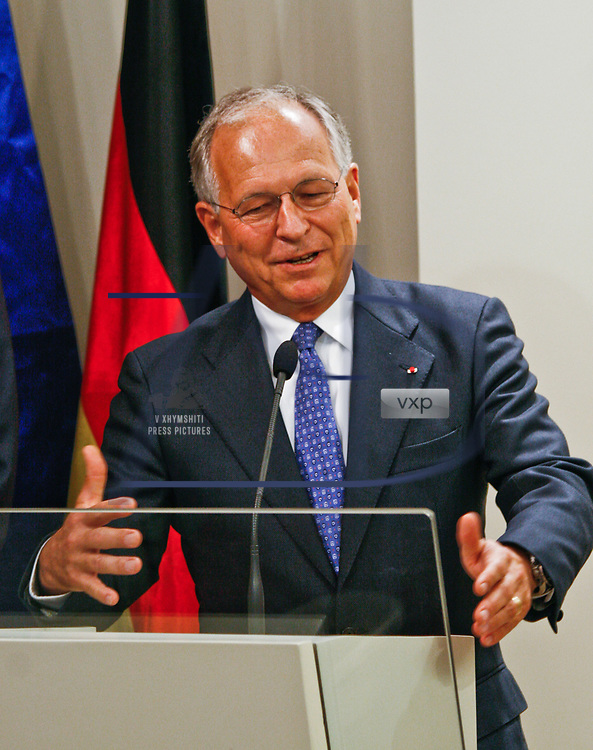