'NO WAR ON IRAN' DEMONSTRATION IN LONDON, UK

Activists call for 'No War On Iran' at a demonstration and march organised by the Stop The War Coalition and Campaign for Nuclear Disarmament (CND) in London. Tensions between the US and Iran soared to their highest point since the 1979 hostage crisis this past week following the killing of Iranian military commander Qassem Suleimani by an American drone strike in Baghdad on January 3. Suleimani, leader of the overseas-operating Quds Force division of Iran's Islamic Revolutionary Guard Corps (IRGC), was one of the chief architects of Iran's regional military policy for more than two decades. Though the sense of immediate crisis has since abated, a senior IRGC commander, Abdollah Araghi, declared on Thursday in comments reported by the New York Times that 'harsher revenge' than Wednesday's barrage of largely symbolic reprisal strikes against two military bases in Iraq was coming 'in the near future'. Saturday, Jan 11, 2020. (Photo/Vudi Xhymshiti) 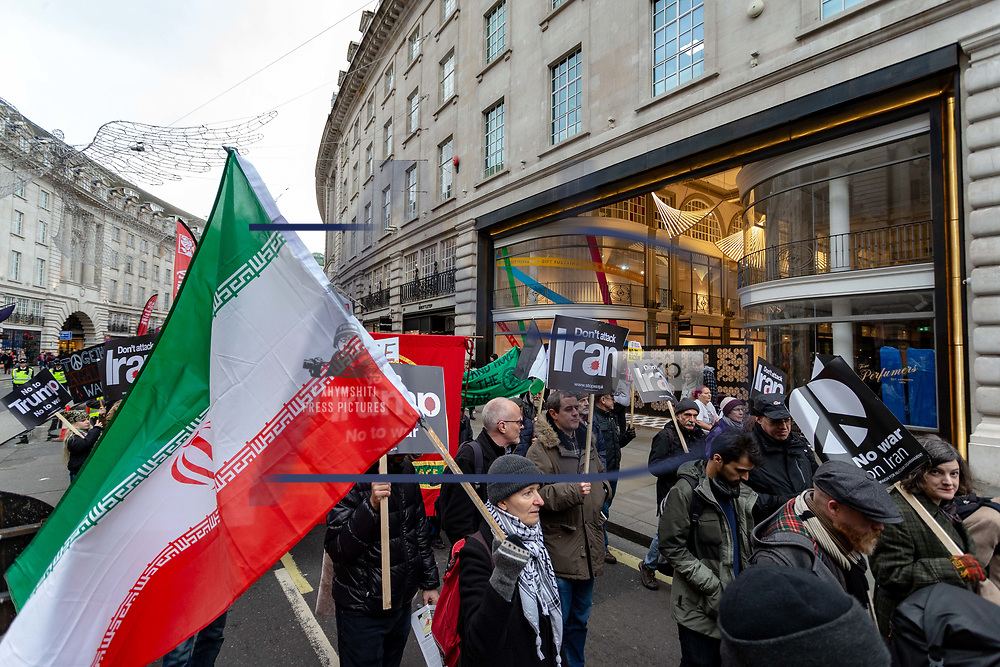