Members of the public are standing out in their balconies to watch and observe while police are breaking the door of a suspected fugitive another officer is standing by with a taser fearing that the man who is alleged to have assaulted members of the public and emergency worker in south London on Tuesday, Aug 18, 2020, would come out and attack them before he surrenders.
Members of the MET police crew stormed into his barricaded doorstep after Martin wouldn’t respond to their multiple calls to surrender as he was declared that he was going to be arrested.
After breaking the door police stumbled into a barricade made of a ladder, washing machine, several chairs and other wood and plastic items. After forcing themselves into his apartment, police couldn't find him. The search is on-going. (VXP Photo/ Vudi Xhymshiti) 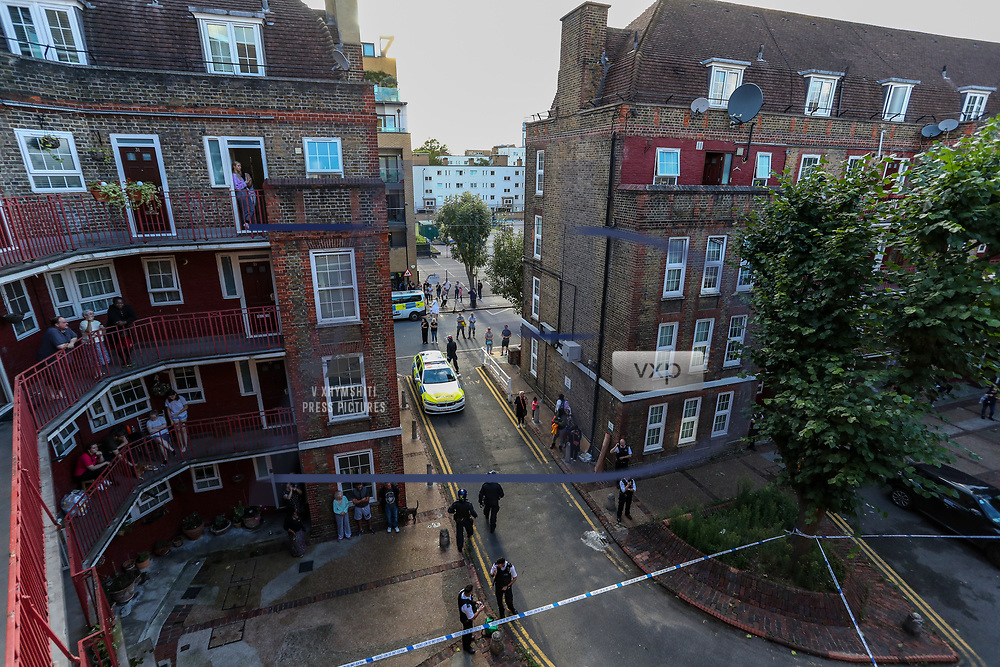