Syrian interpreter Mustafa Hafez (L in the picture) makes a two fingers salute as he smokes a cigarette and sits on the back of a motorcycle with a local resident who is a member of the Free Syrian Army. Hafez is on his way to Anadan to help a crew of foreign reporters to speak to local residents on Monday, July 16, 2012. Anadan bears the scars from Syrian President Bashar al-Assad’s use of military force to crush an opposition movement that has spawned an armed insurgency against his rule. (Photo by Vudi Xhymshiti) 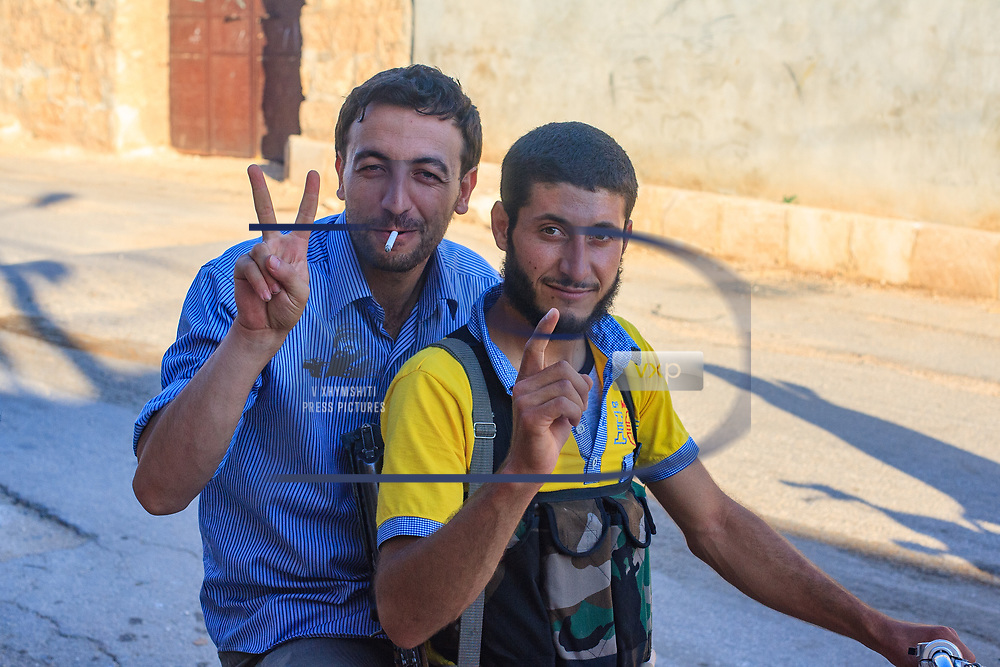