A general overview of the "Newborn" statue which is the mark birth of Kosovo's declaration of independence in Kosovo's capital Pristina two days prior to country's first anniversary of independence, Feb 15, 2009.
Kosovo's parliament declared the disputed territory a nation on Sunday, February 17, 2008 - mounting a historic bid to become an "independent and sovereign state" backed by the U.S. and key European allies but bitterly contested by Serbia and Russia. (Photo/Vudi Xhymshiti) 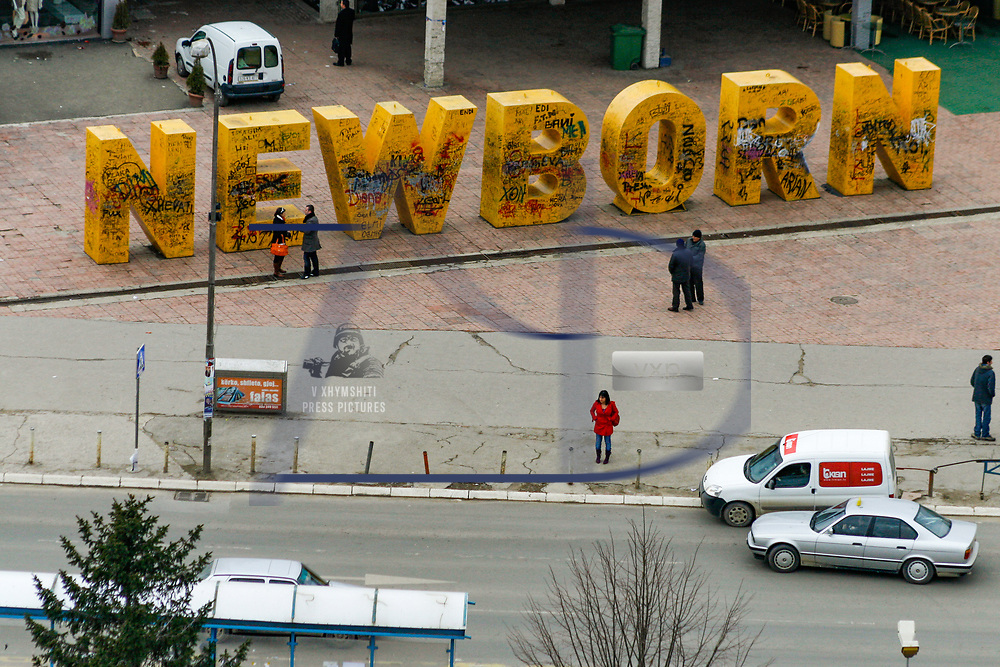