People carrying banners, placards and flags are protesting against police brutality outside the Houses of Parliament in London on Sunday, Aug 16, 2020. Black Lives Matter enters the 12th weekend of continuous demonstrations against racial injustice in Britain.
Anger against systemic levels of institutional racism have raged and continued throughout the United States, Britain and worldwide; sparked by the death of George Floyd who died on May 25 after he was restrained by Minneapolis police in the United States. (VXP Photo/ Vudi Xhymshiti) 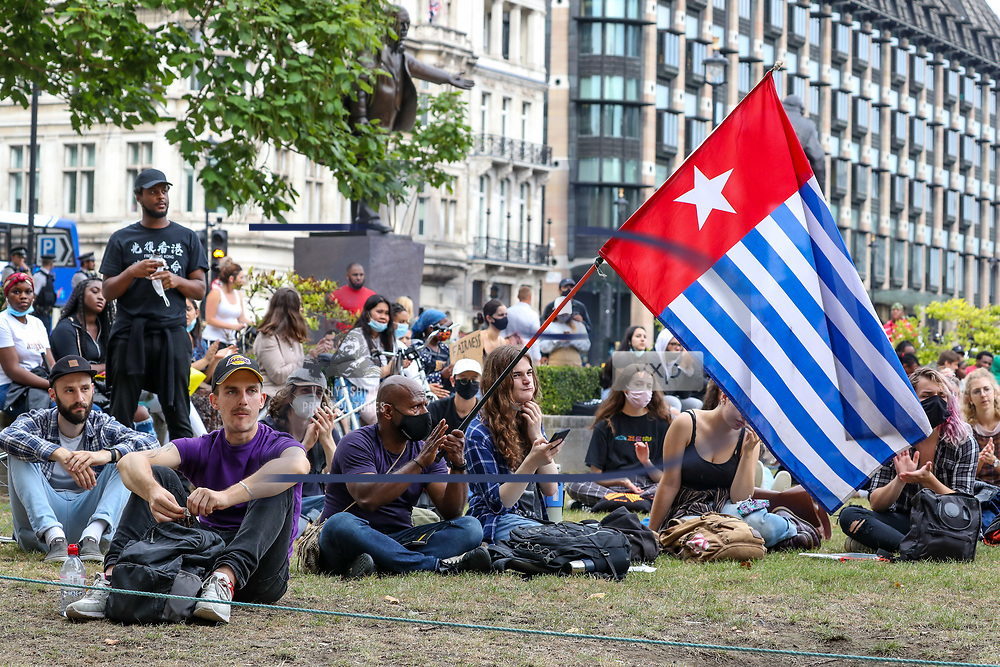