Protestors demonstrate in Parliament square against Police aggression on Sunday, March 14, 2021, in London, Britain. Hundreds of people turned out in Clapham Common on Saturday night to pay tribute to Sarah Everard, a 33-year-old London resident whose kidnapping and death - allegedly at the hands of an off-duty Metropolitan Police officer - prompted a wave of concern over women's safety. The same police force is being criticised for its response to the vigil, where they forcibly arrested several participants for violations of pandemic-era rules on public assembly. (VXP Photo/ Vudi Xhymshiti) 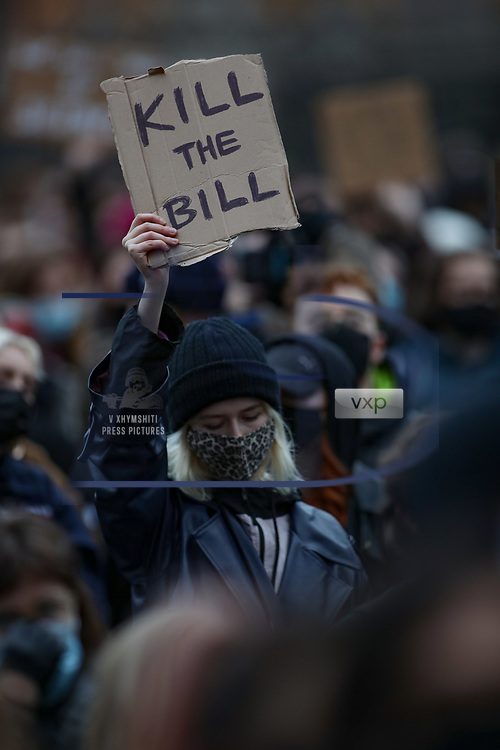