A general picture shows a detailed overview of the kitchen appliances laid down aside in Valery and Lena's bedroom of the Soviet Hotel suite in Metsamor on Sunday, Jan 31, 2021.
The USSR Soviet Hotel facilities are being used by the Armenian Gov to shelter internally displaced people of Armenia due to the 44 days of armed conflict in the disputed region of Nagorno Karabakh that saw Armenian armed forces defeated in October 2020. (VX Photo/ Vudi Xhymshiti) 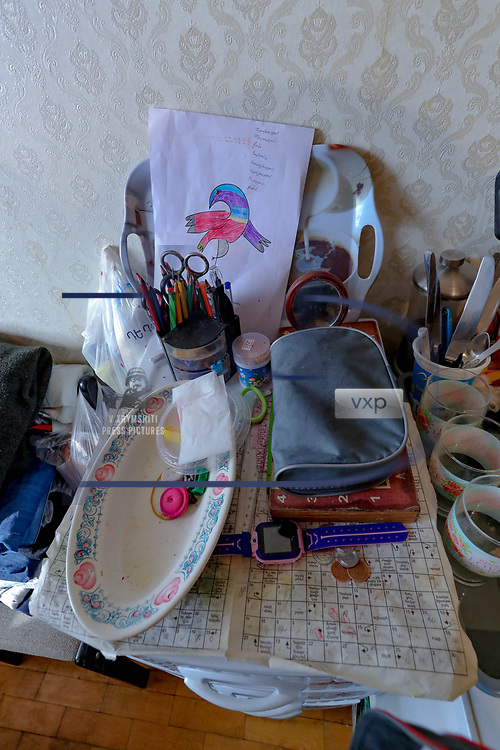